.
A Wedding Anniversary
My hubby and I got married December 19, 1987. We're celebrating 23 years of marriage.

I was a Christmas bride, complete with attendants in red velvet and poinsettias as our flowers. Gwynly's special request for the ceremony was to have me stand on a footstool for the kiss, his way of having a little fun since I'm a foot shorter than he is.
.

.
I've been asked why we chose to marry at Christmas. The answer is impatience. :-)

Gwynly is a teacher. He proposed in the middle of the summer. Since I was already 28 and he has nearly ten years on me, I didn't want to wait until the following summer to get married, so we settled on the next possible date: the first Saturday of his Christmas break.

I'm also asked if I liked being married in December. Yes! We like that our marriage began at the same time our Savior's birth is celebrated.
.
A Writing Journey Anniversary
Last year, Gwynly took me out to dinner to celebrate our anniversary. When we arrived home, I checked my email. I saw the name Rachelle Gardener in my in-box, and my heart rate went from impulse to warp speed in a nanosecond.

The day before, I'd sent Rachelle the full manuscript she'd requested after judging my entry in the Launching a Star contest. Part of me wanted to believe the email was good news. The other part of me thought it might be nothing more than a message letting me know she'd received my submission.

With trembling fingers, I opened the email. Eight memorable words, "I'd like to discuss the possibility of representation . . ." were all I read before I leaped from my chair screaming "Oh, my Gosh!" at the top of my lungs. Our two skitty kitties ran for cover while my hubby and daughter dashed into my office to find out what was wrong. I just pointed at the computer screen and continued my wild shrieking while I literally bounced off the walls and clung to doorjambs and pieces of furniture to keep from collapsing.

Talk about euphoria. That evening exactly a year ago I experienced it full force.

Four days later, on the eve of Christmas Eve, Rachelle called and made the official offer of representation, which, having done my homework, I was eager to accept. Talk about an incredible Christmas present!
. 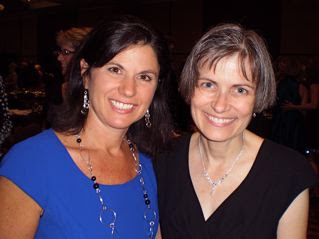 Rachelle Gardner and me at the 2010 ACFW Conference
.
A year has come and gone. I spent months rewriting my story. Rachelle sent it out on submission on October 17 at 7:23 a.m. (Yes, that was a Sunday, and yes, that was before she'd had breakfast. She's beyond amazing!)

The publishing world has pretty much shut down for the rest of the year, so I'm waiting to see what the new year has in store. One thing I know is that I'll be starting a new story, and that's always fun.

• • • • •
.
I wanna know . . .
What is one of the most memorable Christmas gifts you've ever received?
Are you, like me, waiting for news from publishing professionals?
What will you be working on when 2011 begins?

I wish you a very merry Christmas.
Posted by Keli Gwyn at 12:15 PM

Happy Anniversary, Kelli!!! That's so sweet you were a Christmas bride. I considered a December wedding- red bridesmaid dresses, lights all over the reception- but I chose June because, like you, I was impatient! I didn't want to wait 7 months after graduation to get married. A month was long enough. :)

I hope you and your husband are having a wonderful day. Many blessings to you and your family this Christmas and in the new year!

Oh wow, what a story, Keli! As you already know, I'm also waiting for news, but the busy-ness of the holidays has helped get my mind off it. In 2011, I need to get moving on my next story idea. Oh, and get your interview back to you. :) Hope you have a merry Christmas!!!

Happy Anniversary! One good thing about waiting for news around the holiday times is that busyness can keep your mind off the waiting and if it comes in the New Year, it's a great way to start it!

Happy Double Anniversary!!! I can't believe it's been a year since you snagged Rachelle as an agent! I know good things are in store for you this next year and I can't wait!!!!

Best Christmas gift: the chair I'm sitting in right now. My parents surprised me with it last year and I LOVE it!

Keli, the picture of you on the stepstool is priceless!! Congratulations on your anniversary and your writing developments. I hope 2011 brings amazing news!!

Have a very Merry Christmas!

Merry Christmas, Keli! Can't believe it's been one year already since you got your agent! Hoping for all kinds of good news for you in 2011!

This is so cool! I was a Christmas bride, too. It was a May-December marriage. We met in May and married in December. ;) My girls wore burgundy velvet skirts and carried baskets of pine boughs. I wore a long-sleeved, high-colored dress and carried a single white rose. We've been married 39 years now, and I'd love to spend my 40th screaming and bouncing off the walls.

I'm going to be working seriously and hard on--gulp--two books this year.

And oh--my most memorable Christmas gifts were the two smoke alarms my husband gave me. :) 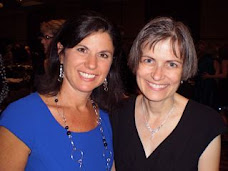